Ken is one of Britain's leading royal commentators and royal security experts.

Ken Wharfe was born in Canterbury Kent and joined the Metropolitan Police Service as a special cadet at the age of 17. He attained the rank of Inspector before being selected to join Scotland Yard’s elite Royalty Protection Department.

The SAS trained officer was chosen to head up the security for the Queen’s grandchildren, heir apparent Prince William and Prince Henry who as children, affectionately called him ‘Uncle Ken’. A year later in 1987 he was appointed a Personal Protection Officer to the Princess of Wales.

Princes Diana trusted him with her innermost secrets during the most traumatic years of her marriage to Prince Charles and he was at her side as she plotted to escape from what she believed was the gilded cage of the Royal Family. In charge of the Princess’s around the clock security at home and abroad, in public and private, Ken Wharfe became a close friend and loyal confidant who shared her most private moments.

His resignation in November 1993 made headline news. Just weeks later the Princess announced she was withdrawing from public life and then axed her Scotland Yard Protection, a decision her former ‘Top Cop’ as the British press referred to him – believes ultimately led to her death.

Ken Wharfe was appointed to oversee the internal security to Princess Diana’s funeral at Westminster Abbey, attended by over fifty heads of state.

Just months after Princes Diana’s death in Paris on August 31 1997, Inspector Wharfe was honoured by Her Majesty Queen Elizabeth II at Buckingham Palace and made a Member of the Victorian Order, a personal gift of the Sovereign for his loyal service to her family.

Until his retirement after 35 years of exemplary service with the Metropolitan Police, nearly half in the Royalty Protection Department, he was Personal Protection Officerto the Queen’s cousin, The Duke of Kent.

His book ‘Diana – Closely Guarded Secret’ was a Sunday Times and New York Times best-seller, and again when it was reissued in a revised edition in 2016. The book published in several languages - now in paperback and available as a 3 x CD Talking book – read by him.

His second book ‘ Guarding Diana – Protecting the Princess around the World’ published in 2017. Princes Diana, The Princess of Wales – security code name ‘ Purple 52’ travelled all over the world. In the six years that Ken was at Princes Diana’s side they travelled hundreds of miles together, sharing secrets, laughter and tears on a truly extraordinary journey. This is their exclusive story.

Since his retirement from Scotland Yard he has entertained audiences across a broad spectrum of venues throughout the UK and abroad, speaking at conferences and afterdinner locations.

Combining recent and highly relevant first hand experience of security issues he offers credibility and independence on the highly topical subject of security.

Worked exclusively for NBC covering the Royal Wedding – HRH The Duke and Duchess of Cambridge.

An occasional writer for The Guardian, The Observer, The Evening Standard. 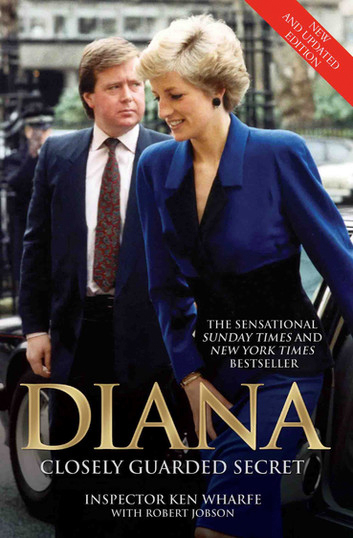